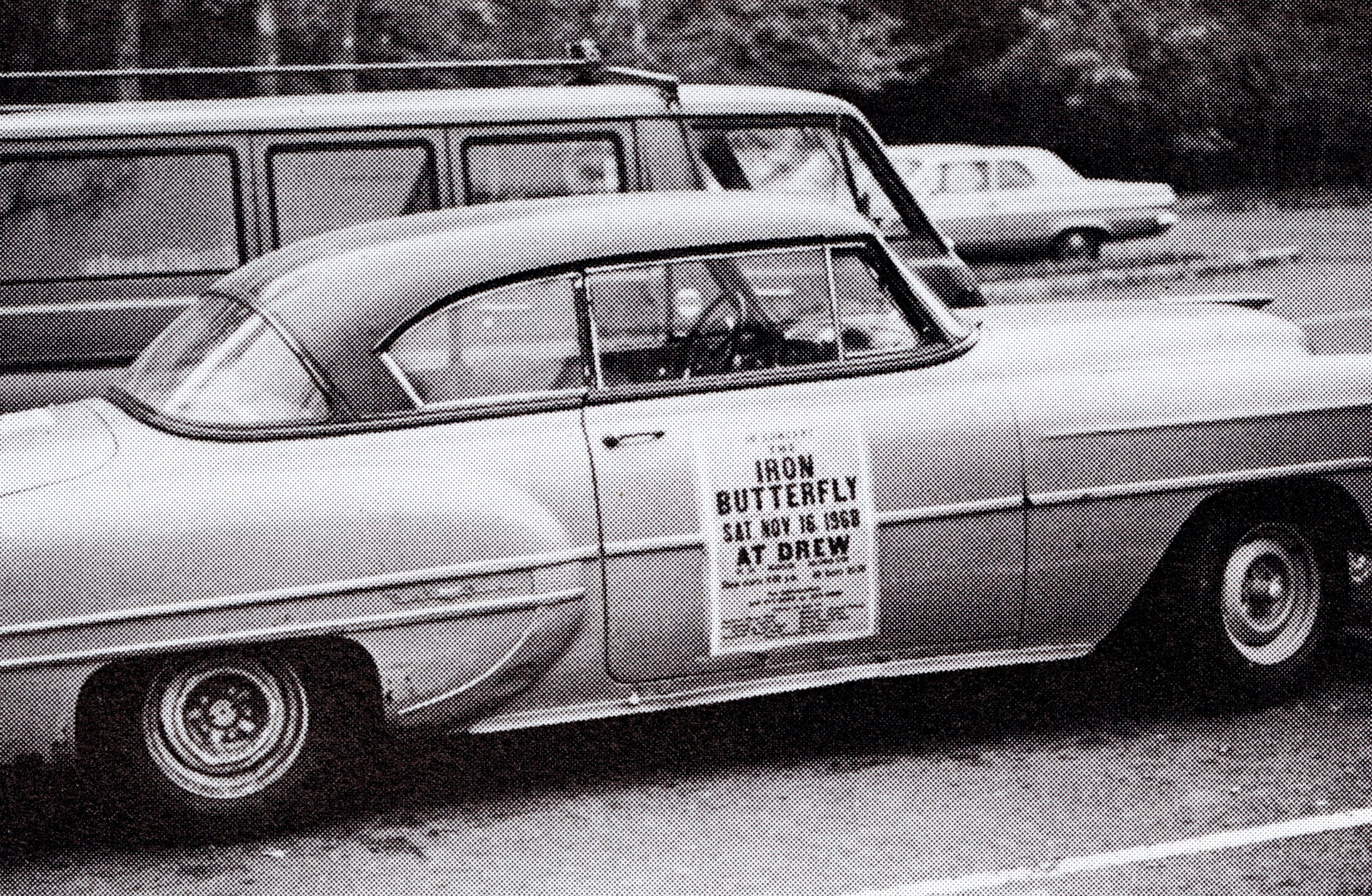 Part of the reason I’ve chosen a specific college/university for rock music performance during the late sixties is to highlight what I believe is the important, if overlooked, role of colleges/universities in nurturing the development of rock music culture.  I could l have selected any of dozens of college campuses where bands and artists performed.  As it happened, there was yet no circuit for rock music and almost no private venues such as clubs.  Consequently, performances on college campuses grew dramatically during these few years as something approaching a circuit developed.  And, nearly as suddenly, as rock music matured and was “colonized,” to use a word common to the study of this phenomenon, by the industry, rock music disappeared on college campuses, especially those with limited capacity.  They and the clubs such as Fillmore East and West gave way to larger venues, ushering in so-called “arena rock.”

Below are two maps, each telling a different, yet related story of rock music in the U.S.  The first is a map containing concerts for each of the bands and/or artists performing at Drew University just for the year in which they played there.  So, for instance, the Jefferson Airplane played a gig at Drew in October, 1968.  Thus, the first map below contains each concert by the band for that year only.  The bands/artists cataloged here include (for 1967) the Lovin’ Spoonful, Eric Burdon & the Animals, The Young Rascals, Carolyn Hester, Judy Collins, The Four Tops, (for 1968) The Who, Richie Havens, the Jefferson Airplane, Iron Butterfly, (for 1969) Frank Zappa, Chuck Berry, Blood, Sweat & Tears, Blue Oyster Cult, John Mayall, Canned Heat, Jethro Tull, (for 1970) Tim Buckley, Mountain, Van Morrison, Livingston Taylor, The Byrds, The Flying Burrito Brothers, (for 1971) Gordon Lightfoot, Cat Stevens, Carly Simon, and the Allman Brothers.

The second map is a cataloging of the various businesses where students at Drew distributed advertising and tickets for the shows during these years.  As the map makes clear, they promoted the shows well beyond the campus, blanketing the area with large concert posters (contained within the map), and tickets to each concert.  In every case, the concerts at Drew consisted of elements of both the student body and the broader public.   Both maps are dynamic and contain various elements such as filters, images, and descriptive content.

Finally, at the bottom there is an interactive timeline of select events/performances at Drew.